#page-header-bg[data-post-hs="default_minimal"] .inner-wrap > a { display: none !important; }
Hit enter to search or ESC to close 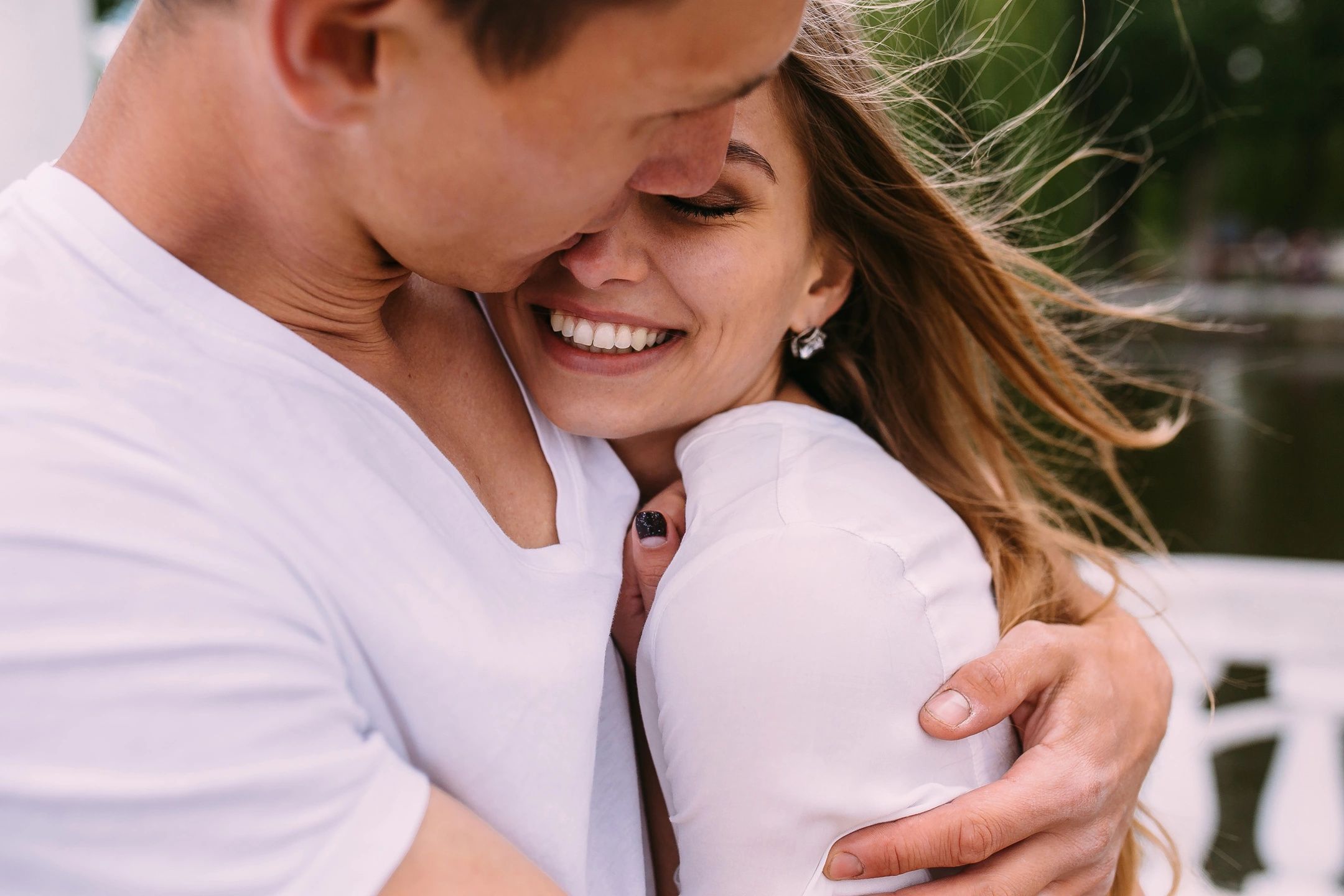 The Importance of Saying “I love you” in a Relationship

Most people never stop to think about why it’s important to say “I love you” in a relationship.

When “I love you” enters into the relationship realm, things change for the better, the relationship naturally deepens, and the connection and bond grows. Taking that step can feel vulnerable, but it’s through our vulnerability where our ability to deeply and authentically connect with another heart occurs. If your words remain surface-level, everything else will also.

When a couple gets to this level, a feeling of comfort and peace exists. The couple can relax into the relationship more, and let it flow and progress without that anxiety of the “elephant in the room” looming over them whispering in their mind, “When will it happen?” “Who will say it first?” and “How should it be said?”

Saying “I love you” is an important step in a relationship, however the timing of it doesn’t define whether or not a relationship is good or bad. When it feels right, it is crucial that these words are uttered because it validates how you are feeling, and it feels good to say and hear those words.

It takes courage to be the first one, but if you are truly feeling it in your heart, then you need to just go for it, because you would never want to regret NOT saying “I love you.”

Sometimes the more awkward it is, the better. I had been dating my husband for six months and neither of us had uttered the magic words yet. It was a beautiful spring day in Chicago and he had lost a bet, so it was his turn to plan a surprise day for me. Previous to this I had lost a bet, so I blindfolded him, took him to the Planetarium and then for drinks at the top of the John Hancock building (one of the tallest buildings in the world). Needless to say, he had to be pretty creative for his surprise. He took me to a hidden gem called the Garfield Conservatory. It was a beautiful wonderland of flowers, butterflies and all types of agriculture.

At one point in the middle of the butterfly room, Bryan asked if I’d like to sit down on a little bench for a few minutes. We chatted and kissed; it was romantic. Then he took me outside to a grassy area and we laid down and enjoyed the sunshine and warm day (that was the year of the “polar vortex,” so the warm day in April was much appreciated. We chatted, cuddled and kissed some more.

At that point (hours after we had arrived) it was getting late, so we decided to leave the conservatory but in the parking lot, Bryan asked if I’d like to go back in and sit on the little bench in the butterfly room again, so I agreed … we sat there, chatted and kissed and then left. We got back to his apartment and a millisecond after walking in the door, he blurts out the words “You know I love you, right?”

To which I replied, “I love you too!”

He explained that he had planned on telling me at the conservatory on the bench, but it didn’t happen, then outside in the grass but it “wasn’t the right time” and then the reason why he wanted to go back in after we were almost at the car was because he wanted to try again on the bench.

Somehow, he mustered up the courage. I had given him zero reason to worry, but it was just his own fear that prevented him from taking action.

We have laughed about that moment for the past 8 years.

Why is it so hard to say “I love you,” you might wonder?

Read me to find out why it’s hard to say “I love you.”

My husband’s awkward “I love you” took forever, although not all awkward “I love you’s” happen like that. Years ago, a client of mine (Let’s call him, “Chad”) who had been in the dating game for a while and was very ready to get married had gone on an amazing first date with “Lucy.” It was so amazing that he scheduled an emergency session with me to get him ready for his second date. Chad’s goal was to take it one minute at a time and not jump into things like he had done in the past.

After the second date which was just as amazing as the first, he drove Lucy home and walked her to her door. After a very romantic kiss goodnight, he hugged her and as he was turning around to head back to his car he blurted out “Goodnight, I love you!” It was almost as if he saw this happening in slow motion and prayed that Lucy didn’t hear him. He truly did not mean to say it, it just came out. Lucy, stunned, replied “Goodnight” as she giggled. Chad started to drive home and immediately called Lucy:

Chad: “Can you please forget what I just said?”

Lucy: “I don’t even know what you’re talking about. I didn’t hear anything (wink, wink).

Two months later, Chad and Lucy went back to the restaurant from their first date and as Chad made a toast, he told Lucy that he loved her for the first “official” time. She told him that she loved him too. They have now been married for 10 years and have four children. Lucy was obviously the right woman for Chad and thought that the pre-mature gesture was cute. Another woman who was not right for Chad might have been scared off. This just proves that people are made for each other and there is someone for everyone.

Regardless of how you say it, it is critical that you DO say it.

You need to share what’s in your heart no matter what the outcome is.

If you were told that you had two months to live, would you feel like you had nothing to lose, like you would want to tell people how you feel about them and not look back with any regrets or lost opportunities? THIS is your opportunity. Live as though you are dying- that sounds so morbid, but I actually mean it in the most light-hearted and light-filled way possible. Life is short, and we aren’t on this planet for that long.

My wish for you, is that you use that beautiful voice of yours to speak what is in your heart always without any attachment to the outcome.  We are not responsible for how someone is going to react; that’s none of our business and it’s out of our control. What IS our business and what we DO have control over, is allowing ourselves to use our voice.

Client after client comes into my office in agony and in pain, overwhelmed with regret day after day over wishing that they would’ve said something to someone they love but they didn’t and ultimately the relationship ended because neither party was able to be vulnerable and open up to love. Both people were too stuck in their negative narratives (“I’m not good enough”) and fear (“If I share how I feel, the relationship will end”).

Relationships are not sustainable when people aren’t willing to share themselves; all parts of them.

We always have two choices: we can stay safe in our comfort zone or we can take a leap; a jump into the unknown. Staying safe in life doesn’t get you anywhere.

All the love that is waiting for you, and all of the abundance that is out there for you is on the other side of your comfort zone. I know it’s scary, and I know you might feel terrified, but everything in life that is worth it, is on the other side of fear. Instead of residing in fear, reside in trust. Trust yourself, your feelings and your heart, and know that they would never, ever steer you wrong. 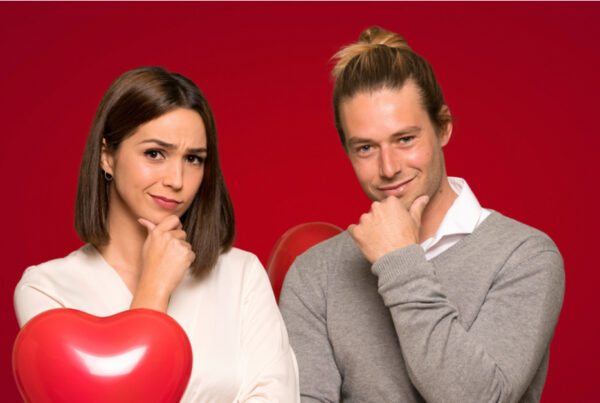 Healthy Crush or Unhealthy Infatuation: That is The Question 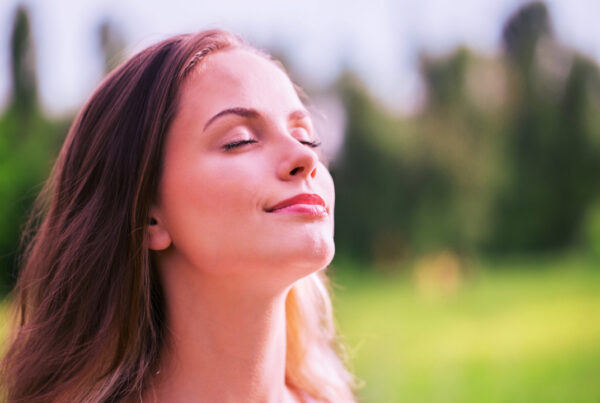 Why Being Present is Crucial When Manifesting Love 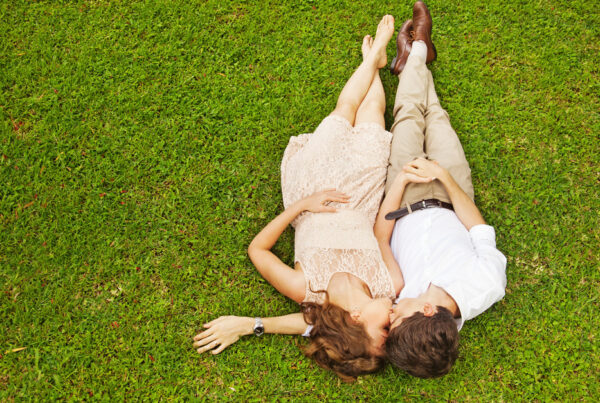